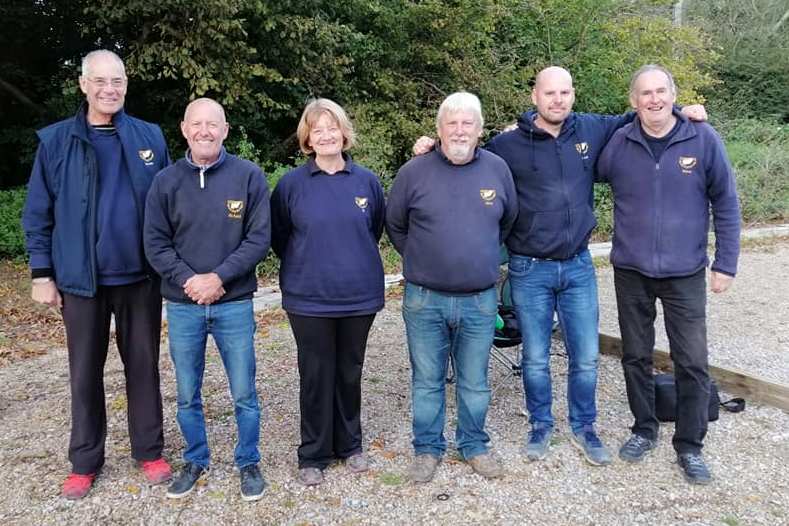 There were 5 clubs competing for the SCPA 9-a-side Salver at Worthing on Sunday, 20th October. A bye for the first round was most welcome to some of the team as it allowed them to watch the second half of the Wales  V France Rugby! The 2nd round saw a fine 3-0 win against Oxshott and this was followed by another 3-0 against Handcross. After lunch the 4th round saw us defeat Worthing 2-1.

This meant we had won 3 rounds, the same as River Hamble, our opponents in the final round. It was all down to the final game with the round level at 1-1. Steve Daykin shot the coche so that we could point in for 5 and then shot it again to save the game. Unfortunately these heroics were not quite enough and the game was eventually lost 8-13. It could not have been closer with both teams winning 9 games each but River Hamble took the title 4-3 on rounds.  Well done to all three triples but especially David, Marc and Ali who won all four of their games.