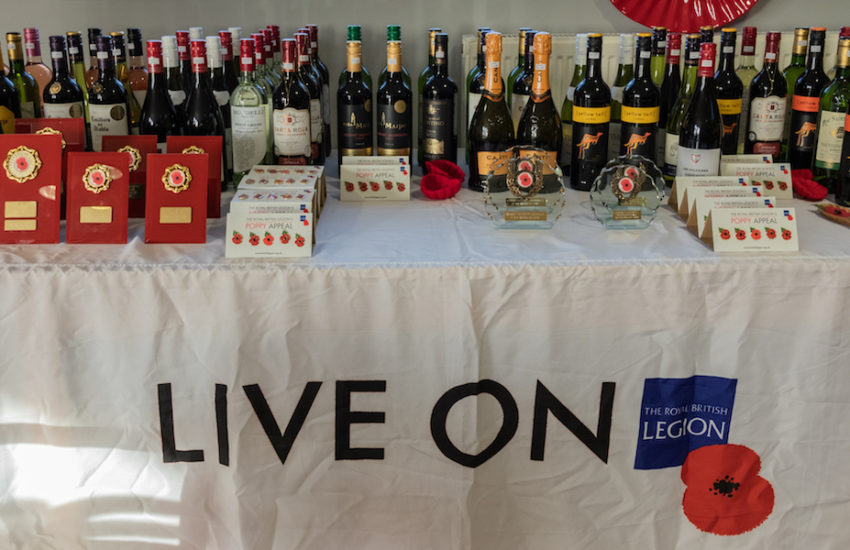 The 10th Cobbetts Poppy Appeal Doubles was held at Burridge on the 100th Anniversary of Armistice Day, Sunday, November 11th 2018 and the aim was to raise £1000 for the Poppy Appeal. The Burridge Club allowed us to use a small area of car park which enabled us to accept an extra 4 teams giving us an entry of 42 teams. On the day an unexpected 43rd team turned up, unfortunately their email entry had not arrived! Given the distance they had travelled, we couldn’t turn them away and managed to squeeze them in. As in previous years, there were players present from all parts of the region including Bournemouth in the West, Worthing and Handcross in the East and Oxshott and Bordon in the North. There was also a team from Burnham in the Thames Valley and a welcome return of our regular entrants from Cardiff.

There were planned to be 9 morning leagues of 4 teams and 1 of 6 teams but the extra team meant one of the leagues of 4 became 5! The top 16 teams qualified toplay in the main competition in the afternoon, the next 16 in the plate and the final 11 in the wooden spoon. After the morning leagues, Phil Bradshaw from Cardiff along with Steve Daykin from the home club were equal top seeds with Tony & Liam Kidd both on 3 wins +27. The defending champions, Callum Lombard & Stuart Floyd, both made it through to the main competition although with different partners, Callum playing with mum Karen and Stuart playing with dad Glenn. An excellent morning for the Ship with three of their teams winning all their morning games, Keith & Barbara Tejada, Keith & Marian Green and Sandie Barnett & Marion Stanbrook and a fourth team, Kate & Alan Douglas, also qualifying for the main. The home club were also well represented with Dave Stubbs & Richard Greeves, Ali Stubbs & Mike Porter and David Franco Cruz & Marc Franco Llado all winning their leagues and Lee & Diane Redfern also qualifying. Also on 3 wins were Paul & Sheila Hayward from Fareham.

The afternoon saw some hard fought games with Dave and Richard putting out one of the favourite teams, Phil and Steve in the quarter-finals with Tony and Liam also losing out to David and Marc at the same stage. Beacon View saw 3 of their players reach the semi-finals with Karen and Callum defeating Lee & Diane and Stuart (with Glenn) overcoming Paul & Sheila. A victory over David & Marc saw Callum back in the final again while Dave & Richard just managed to put a stop to a fightback from Stuart & Glenn to join them. The final was over all too quickly with Callum & Karen comfortable winners with some excellent pointing and shooting.

The main consolage was won for the second successive year by Mike Porter & Alison Stubbs who defeated the Muscliff team of Tony Giordano & Paul Hayes in the final. After finishing 17th in the morning and just missing out on the main, it was fitting that Mike Tull & Harrison Ash triumphed in the Plate final against the Thames Valley pairing Christian Biagioli & David Winkworth. The Plate Consolage was won by Steve Davies & Colin Crofts who beat Sue & Gerry McAleese. Colin was a late replacement for Nick Corner who we hope makes a speedy recovery from his illness.

The Wooden Spoon competition saw two teams finish with 3 wins +30. This meant a quick play-off was required and Martin & Diane ran out 7-1 winners over Chris & Simon. Trish & Richard and Alan & Vai also won all of their 3 games.

Thanks to the great support shown by club members and all the visiting players the target of £1000 for the Poppy Appeal has definitely been achieved.